It's been a while since I posted an update!  Between business demands and spring having "sprung" with it's associated diversions, I haven't done much modelling.  However, a rainy day allowed me to do a little work on the P&W layout.

Most of the framework has been cobbled together, a bit sloppily--but it will do.  The next step is laying the basic trackwork.  I will use my butyl rubber/AMI roadbed technque.  But first, I need to get the flextrack arranged and 'test fit'.  Also, I want to solder most of the joints to provide more reliability in operations.   So this weekend I bent up the track for the basic kidney-shaped oval and did a few solder joints.  I'm using MicroEngineering Code 55 rail joiners by the way, they seem quite snug on the T-gauge rail.  After painting and some weathering they should be relatively inconspicuous. 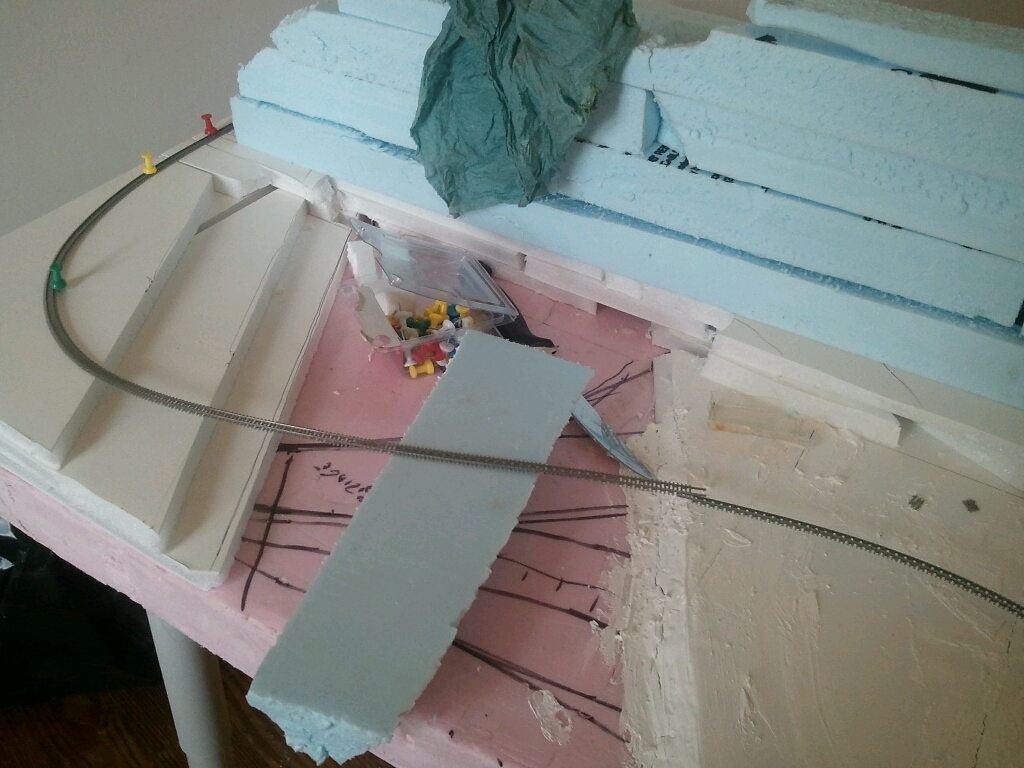 The big trench here in pink will be a back channel of the Allegheny River, spanned by the through-truss shown in the following picture.  This is an N-scale bridge but seems appropriate for what was a pretty massive mainline double track bridge. 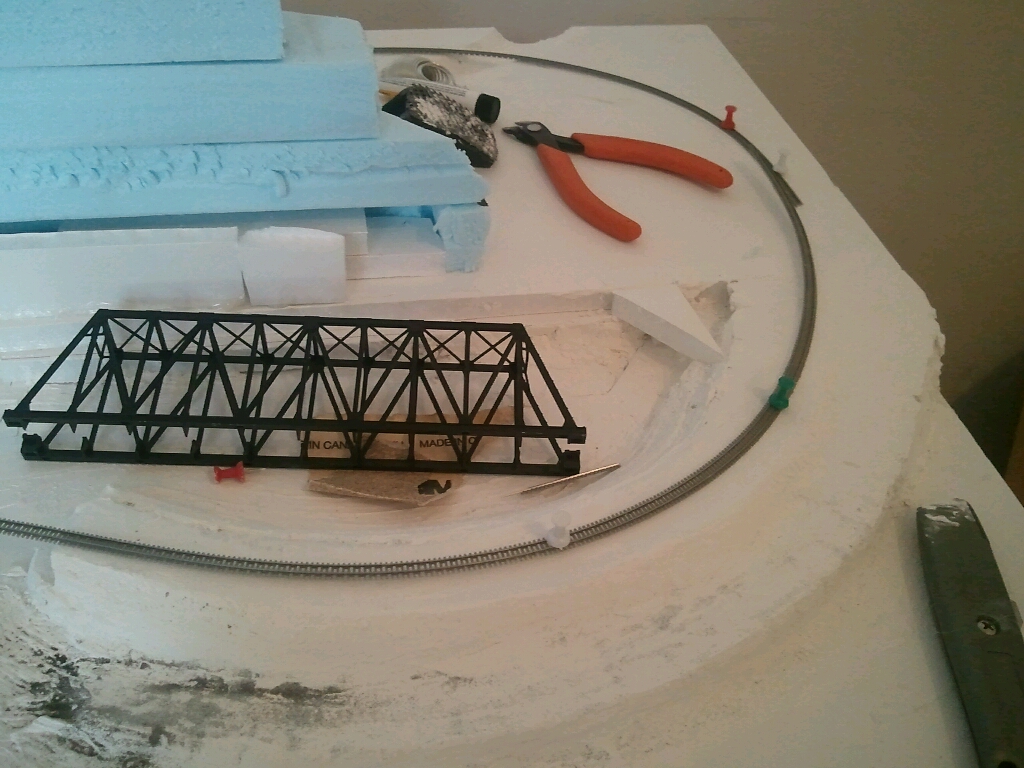 BG tower will sit at about the location of the white push-pin, and there will be a crossing there as well.  Access to Willow Grove yard will be via the ramp seen at bottom-right (even though the prototype is not on a curve).  My debate now is what do do about the turnouts, which I will probably render as dummy only in this iteration.

Here's an overhead shot of the "kidney shape" layout.   I'm surprised at what can be done in 2x3 feet, it seems about the equivalent of a 5x10 in larger scales based on how the curves appear.   The sharpest curve on the layout will be in the bottom right, which I plan to partially conceal in a tunnel (Schenley Tunnel).  A scenic divider will split the layout top/bottom.  You can see the contours of hills on the Allison Park/Etna side (top). 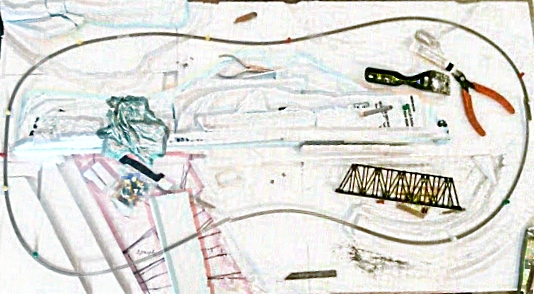 Hope to show some more consistent progress in the near future.  Roadbed and bridgework will need to be done next!