I wanted to post an update on some projects and developments coming down the line, but first wanted to wish all of my fellow T-scale enthusiasts a Happy and Peaceful Holiday Season!  2018 saw a rekindling of my excitement in T-scale and 2019 will certainly be a big one judging from the amazing things coming out of other modelers' workshops.

I am continually seeking to develop new models, improve old ones..sometimes to the point of distraction.  However, sometimes a special request gets me motivated, or another modeler doing something.  Two cases in point:

I recently decided to make the EMD SW9/1200 EMD switcher since it's so common, and after successfully making it (and still making improvements) a Canadian modeler said "Boy it sure would be nice to have an SW1200RS.."   This is the GMD (Canadian) built and specially modified version of the SW1200.  It rides on Flexicoil trucks so those were put together.   Well it really didn't take too much to modify it, so I have added that to the product line. 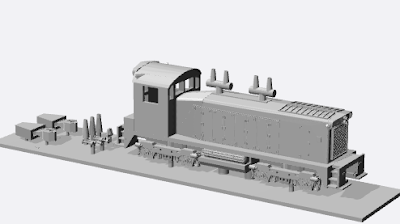 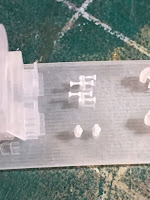 Oh and notice--horns and bells (oh my).  Boy are they fragile, but they are there-- on mounting pins that can be drilled.  Also included are extra stacks if you want to model the CP version with the standard exhaust stacks.   The GP40 model also has horns and bells and in that case the bells are the underframe version).


The other motivation was the display of TGauge.com's big steam locomotive.  This was a big freight engine that hauled strings of boxcars across the plains of the US.  Years ago I developed a 40' boxcar, but it was fairly primitive.  So... I updated it, with better detail such a roofwalk and brake gear, and the neat new improvement is that the Bettendorf trucks have "talgo style" CCE #3 couplers built in.  This was motivated by the lack of space for the coupler separately when the improved truck design is used.  I needed the talgo/truck mount for other projects as well such as the 3-bay hopper. 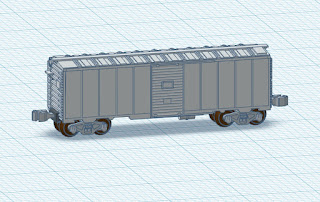 A replica of the private car "Puget Sound" was recently completed, and it turned out quite nicely.  Those windows are clear "glass" made of decal film, but the dome is Krystal Klear.  This was originally a Great Northern Ry. Dome Coach so any GN or Amtrak modelers may want one.  I'll be adding it to the product line as soon as I can validate the truck design as it will also need the talgo trucks. 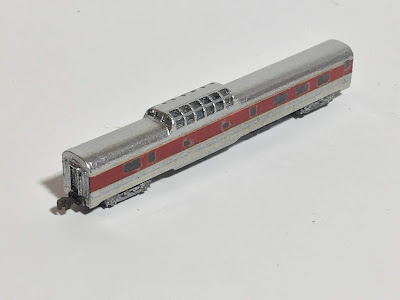 In other news-- I'm testing some tiny 1/32-inch thick x 1/16 diameter round magnets from K&J Magnetics,  These are made of "N52" grade and are stronger than the regular ones.  These guys seem to work pretty well, and it takes 2-4 to hold a car reasonably in place on the track.  Necessary for the un-powered models especially.

Thanks for reading, and Happy T-Scale Modeling!

I use TGauge.com "Pin Point Wheelsets" for my free rolling trucks (bogies).  When I first purchased them I wanted to save a little by getting the un-assembled set of 20.   After a lesson in frustration trying to assemble them with tweezers and pliers and bare fingers, and sending a couple flying into the void, I devised a way to assemble with a pin-vice and some tacky foam strip.  Here's a video illustrating the procedure: